My only memory of Sean Lennon Into The Sun was really liking the jazzy instrumental track that starts Side 2, ‘Photosynthesis’.  That’s it, in its entirety.  I bought Into The Sun on the day it came out in 1998, because it was on Grand Royal Records*, because I liked the LP cover and because I was curious about what it would sound like.  I vaguely remember Mrs 1537 being very underwhelmed by it, the state of my own whelms is not recorded; it clearly did not make too much of an impression. 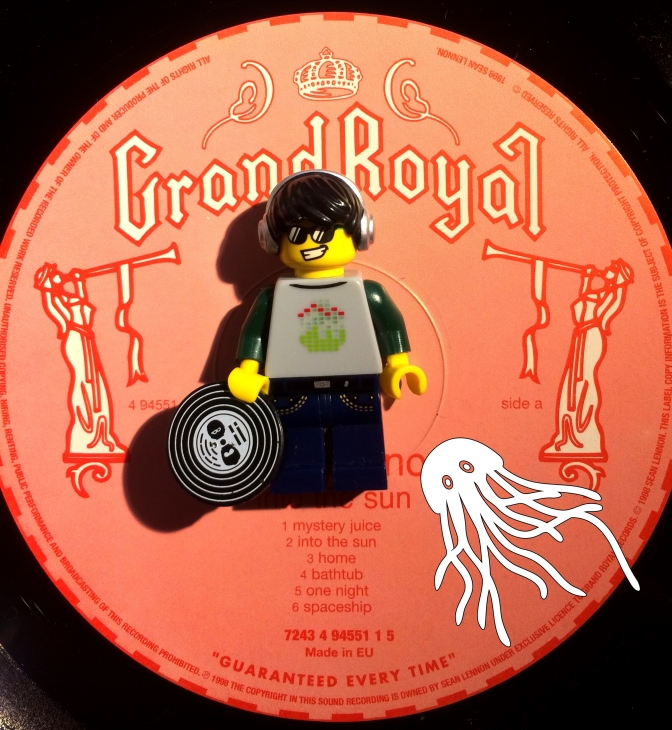 Twenty years on** spinning Into The Sun hasn’t seen my whelms throw their little hands in the air and head to the dance floor, but equally so they haven’t streamed out the front door in a bid to escape the din either.  Like so many of the peak era Grand Royal albums Into The Sun sounds like every cool quirky thing ever to have come out of the great melting pot of NYC – there’s jazz, pop, psych, rock, bossa nova and all manner of interesting percussion going on here.  You can hear the influence of the likes of Cibo Matto, unsurprising as Into The Sun was produced by Yuka Honda and Miho Hatori and Timo Ellis also feature strongly here.  What I am unsure of is that whilst assembling and collating all these different and exciting styles Lennon adds enough of himself into the mixture.

Opener ‘Mystery Juice’ is very good indeed.  It has a really great warm immediate sound to it and the part where it explodes into total heavy guitar freakery followed by some decidedly post-coital synthing is a real LP highlight for me.  That it then pivots into ‘Into The Sun’ which is essentially a great bossa nova pop tune with sweet boy/girl harmonies and a cool tune, gives Into The Sun a great opening 1-2 combo; it is in fact right up there with the other fave bossa LP in the 1537.  Sadly, the Beck-goes-Beatles ‘Home’ breaks the run, it’s fine but nowhere near the standard of the first two tracks.  The rest of the first side is better, all mildly diverting and very cool sounding, if lacking a bit of bite.

As I may have let slip earlier the instrumental ‘Photosynthesis’ was my fave track on Into The Sun and I am very happy to report it was even better now than I had remembered it being.  You know all those Beastie Boys interludes where they get jazzy on your ass? well, much as I love them, ‘Photosynthesis’ just wipes the floor with them.  It starts brilliantly with Brad Jones’ driving upright bass the one constant, trumpets spiral up and away from and obfuscate the beat, then suddenly we’re powering away into South American rhythms and some quite brilliant trumpet courtesy of Dave Douglas which sounds a hell of a lot like Hugh Masekela to me.  And that’s not even mentioning the spacey drop out bit later on.  ‘Photosynthesis’ is far too short at only 6:47 it’s just excellent I could stand a whole LP’s worth of this level of invention. 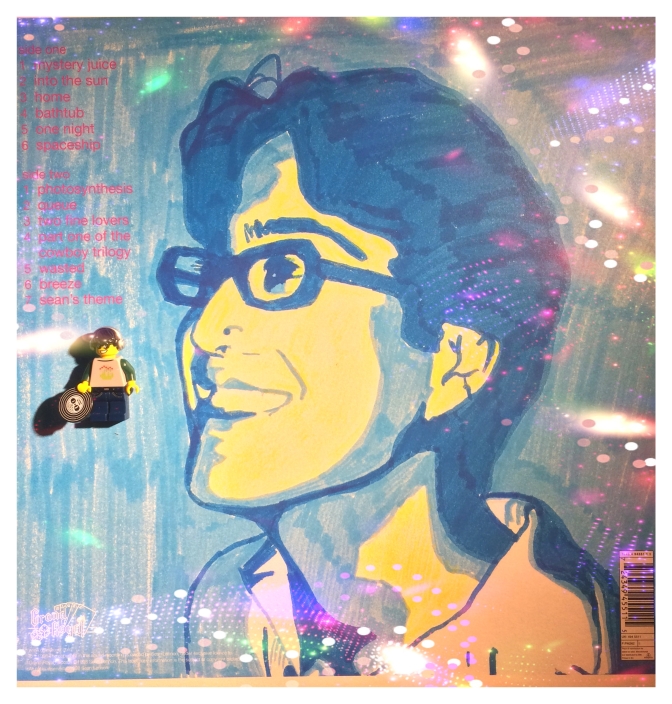 Unfortunately the lightweight pop with occasional guitar bursts that follows ‘Photosynthesis’ just do not weigh in at the same level of excellence, ‘Queue’ is fine but ‘Two Fine Lovers’ steers a course far too close to easy listening for comfort, I want to like it but just can’t.  I rather like the gear change that takes us down into the dust for ‘Part One Of The Cowboy Trilogy’, I think it’s a great little tune and reminds me (happily) of ‘Rocky Raccoon’^. I also like ‘Wasted’ and its little piano interlude.  ‘Breeze’ is, I am afraid, a movement of air emanating from the trouser region.  Into The Sun finishes in style though with ‘Sean’s Theme’, which was a total surprise to me I didn’t remember it at all.  It is a difficult little beastie to describe, there is a jazz tinge here again and a rather delightfully subdued horn and violin arrangement.  It is a little melancholy treat at the end of the album. 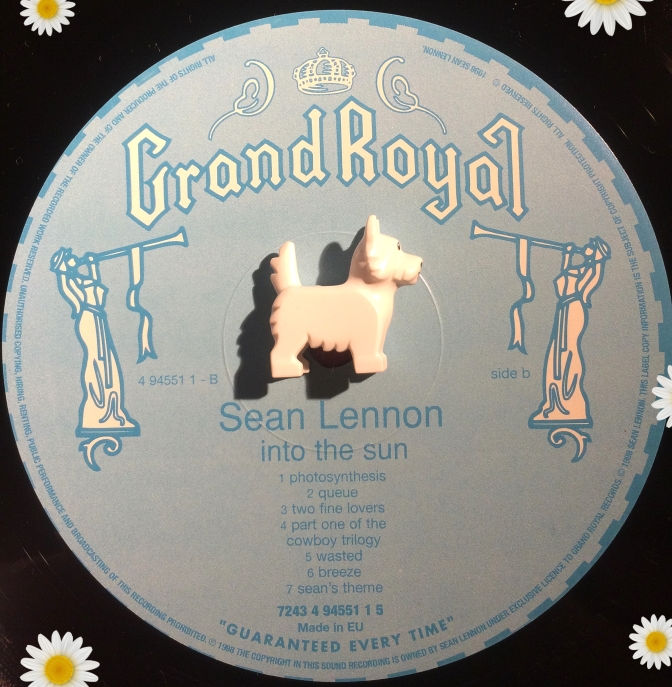 Into The Sun is a bit of a mixed bag then, it isn’t an original thought but ironically this is much closer in spirit to one of McCartney’s prime solo LPs than one of John Lennon’s – I like that about it, it’s more restless^^.  There are a handful of great, inventive tracks here too, flashes of real unalloyed talent but not enough to propel Into The Sun into the realms of forgotten/under-appreciated classics and the lyrics could really do with some work, nevertheless this was an enjoyable, pleasant listen.

I will definitely sit down and play Into The Sun again before 2038.

PS: I couldn’t quite shoehorn it into the body of the review but Yuka Honda’s production is excellent, there is a really warm, clear quality throughout the whole album.

*and I just bought everything I could afford to on Grand Royal.  Yeah, yeah, I’m a sheep, I know I am.  Baa!

^which was my favourite tune on Earth for about a year when I was 10.

^^all of which failed to prevent the post title pun happening.